Most cameras and cell phones today have the ability to combine multiple images or create on panoramic view. To be able to stitch images together, they must be transformed into the same frame. This is done by finding the same points in each image and creating a homography matrix to relate the points from one image to the other. Once the homography matrix is found, it can be used to morph one image into the same frame as the other and then combine the images.

There are two methods for finding matching points.

I originally added this feature to the project for testing purposes. I left it included because it created extra functionality. Manually selecting the points can be used to overlay one image onto another. It could also be used to select the points for stitching the images together but it’s very difficult to get the correct matching pixels in each image.

The SIFT function was added using a program created by David Lowe which is very accurate at finding matches. The originally functionally would show two images with lines drawn between the matching images. It was modified to return the matches to be used for calculating the homogenous matrix.

The homography matrix represents a function to transform point in one image’s frame to another’s.

Where p is a matrix of the original points, H is the homography matrix, and p’ is the resulting transformed image.

The homography matrix is calculated using a minimum of four points. Using more points can lead to a greater number of matches but less perfect matches. SVD puts a matrix into the form:

The right most column of V^T is our homography matrix that will need to be shaped into the standard form.

With the homography matrix calculated, the two images can now be combined. The corners of the image to be warped are found first so that we know the dimensions of the final warped image. A mesh grid is created using the dimensions of the warped corners. The inverse homography matrix is applied to these in order to eliminate holes and se what points from the original matrix can be warped. Finally, interpolation is used to copy points from the original image into the warped frame. 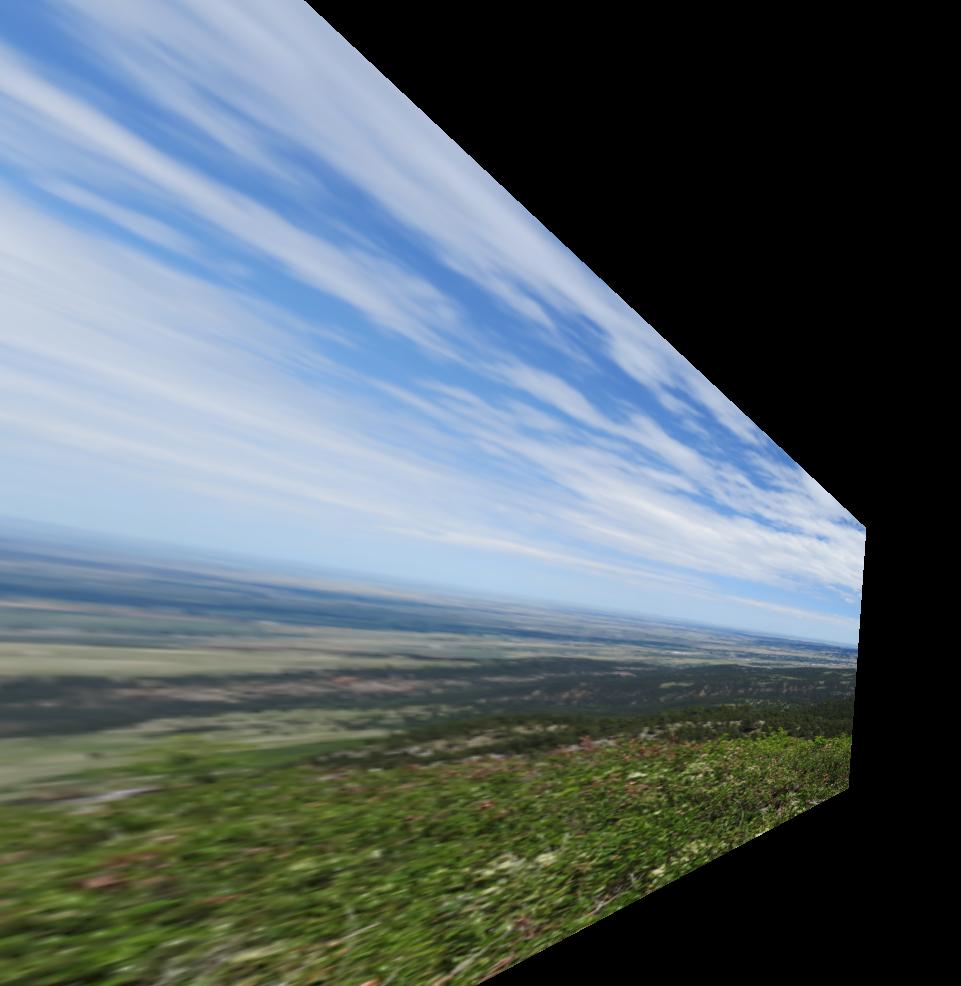 We now have an original image and the other image to be warped into that image’s frame. The original image is placed into a matrix first. The warped image then overrides any similar points as it is appended to the matrix. This results in a crisp edge where the two images meet.

Feathering solves the crisp edge that is created during the stitching step. This is applied anywhere that the two overlayed images overlapped. This works by causing the images to “fade out” as they move further from their center. The overlapping sections are multiplied by an evenly spaced vector going from 0 to 1 or 1 to 0 depending on the direction of the image. The pixels closer to 1 keep most of their magnitude while the pixels closer to 0 lose most of their magnitude.

The resulting images can be seen below. Most of these are the benchmark images that were required to be used but I also used a number of my own personal images. These images had very good results andI think they are very interesting to look at. The most interesting are the images that were taken at different angles but the program still managed to stitch them together. 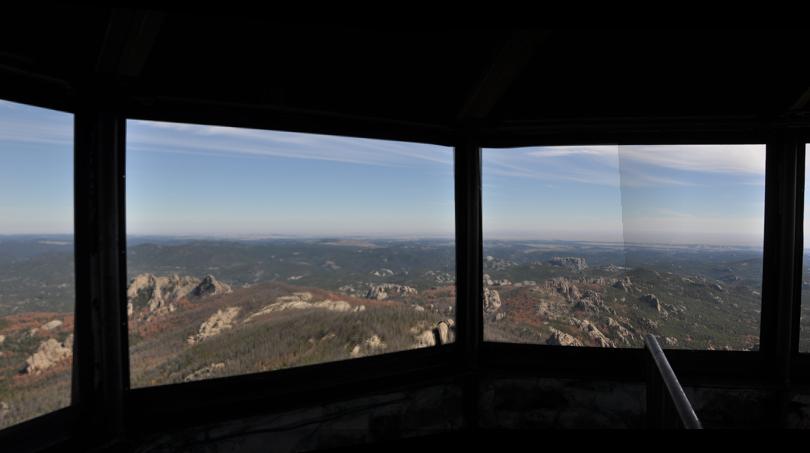 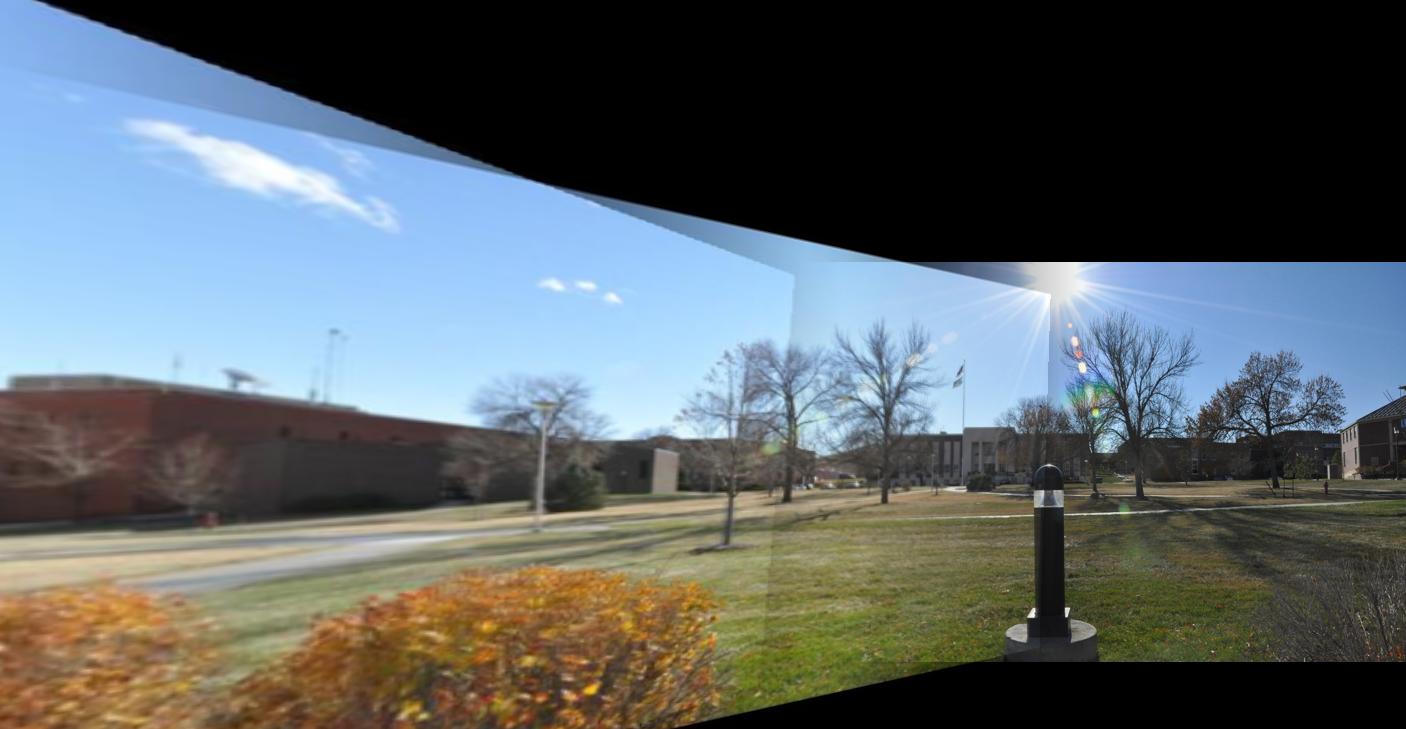 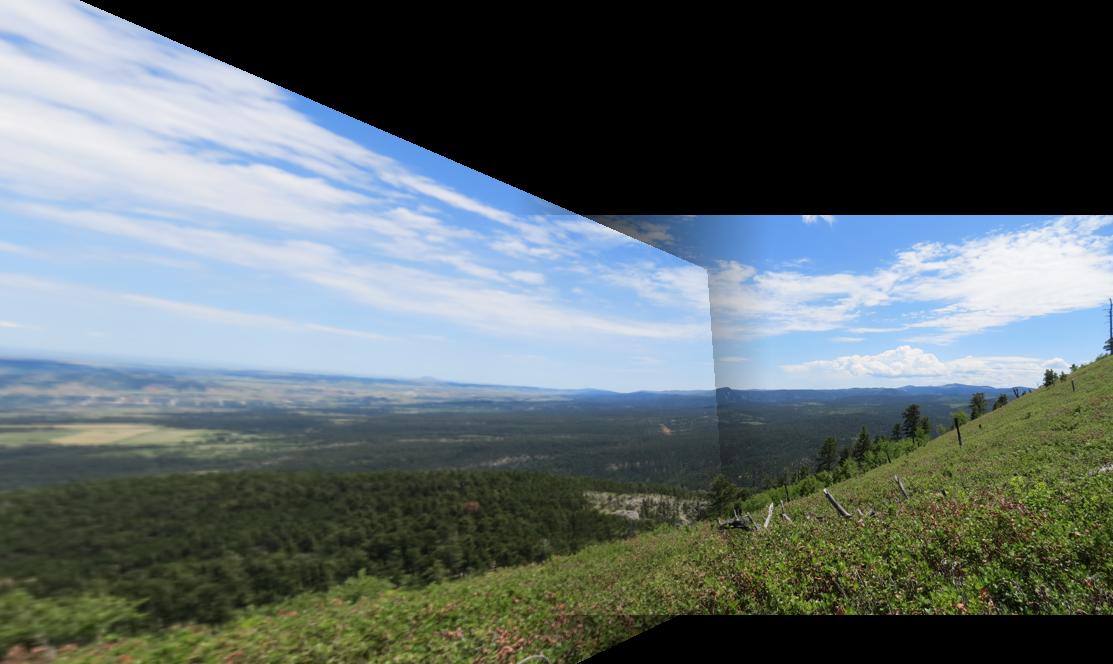 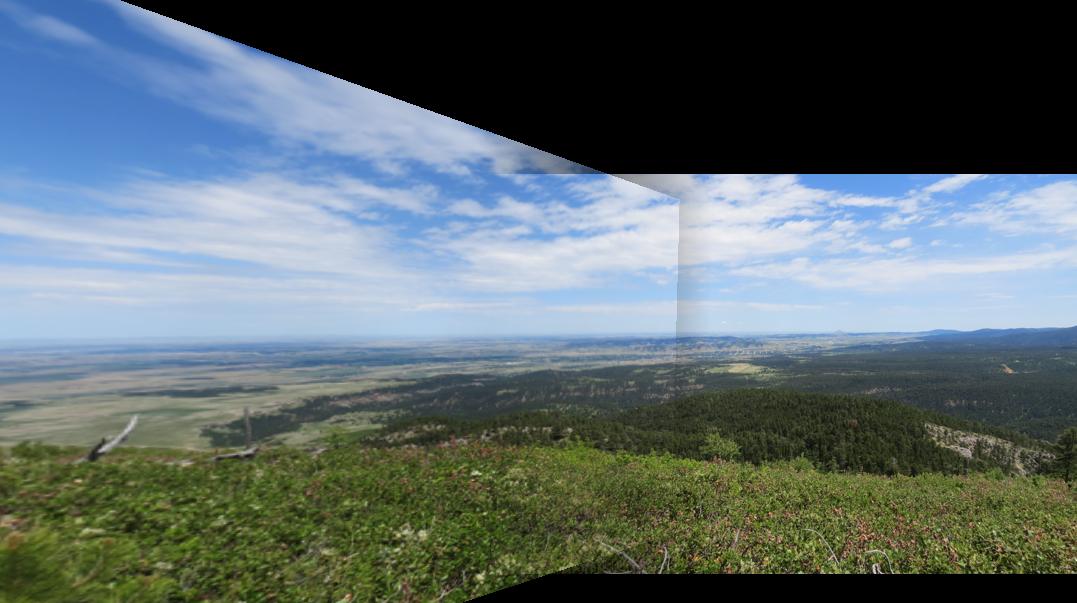 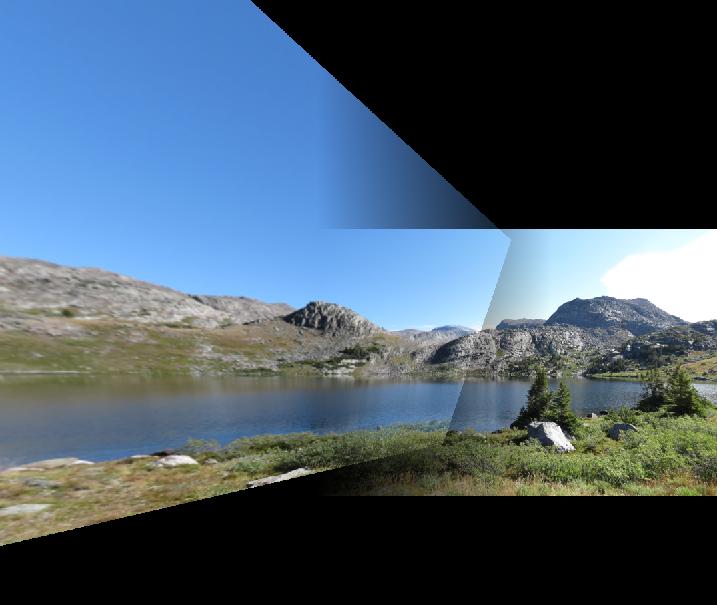 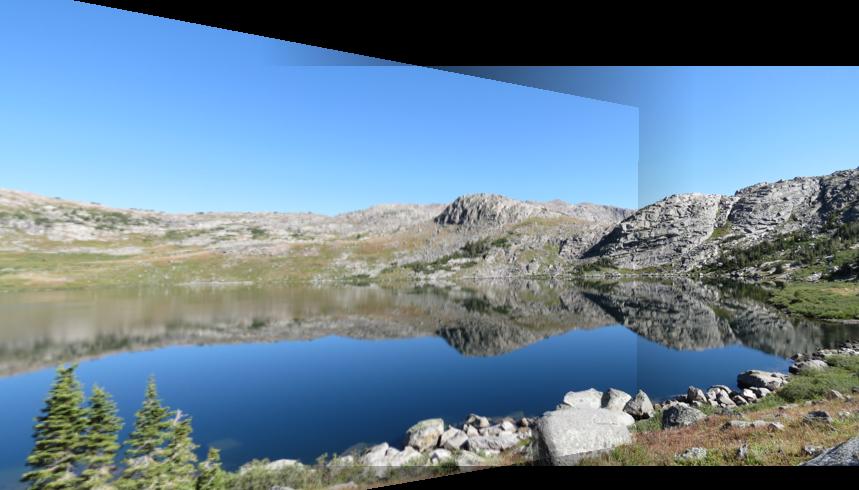 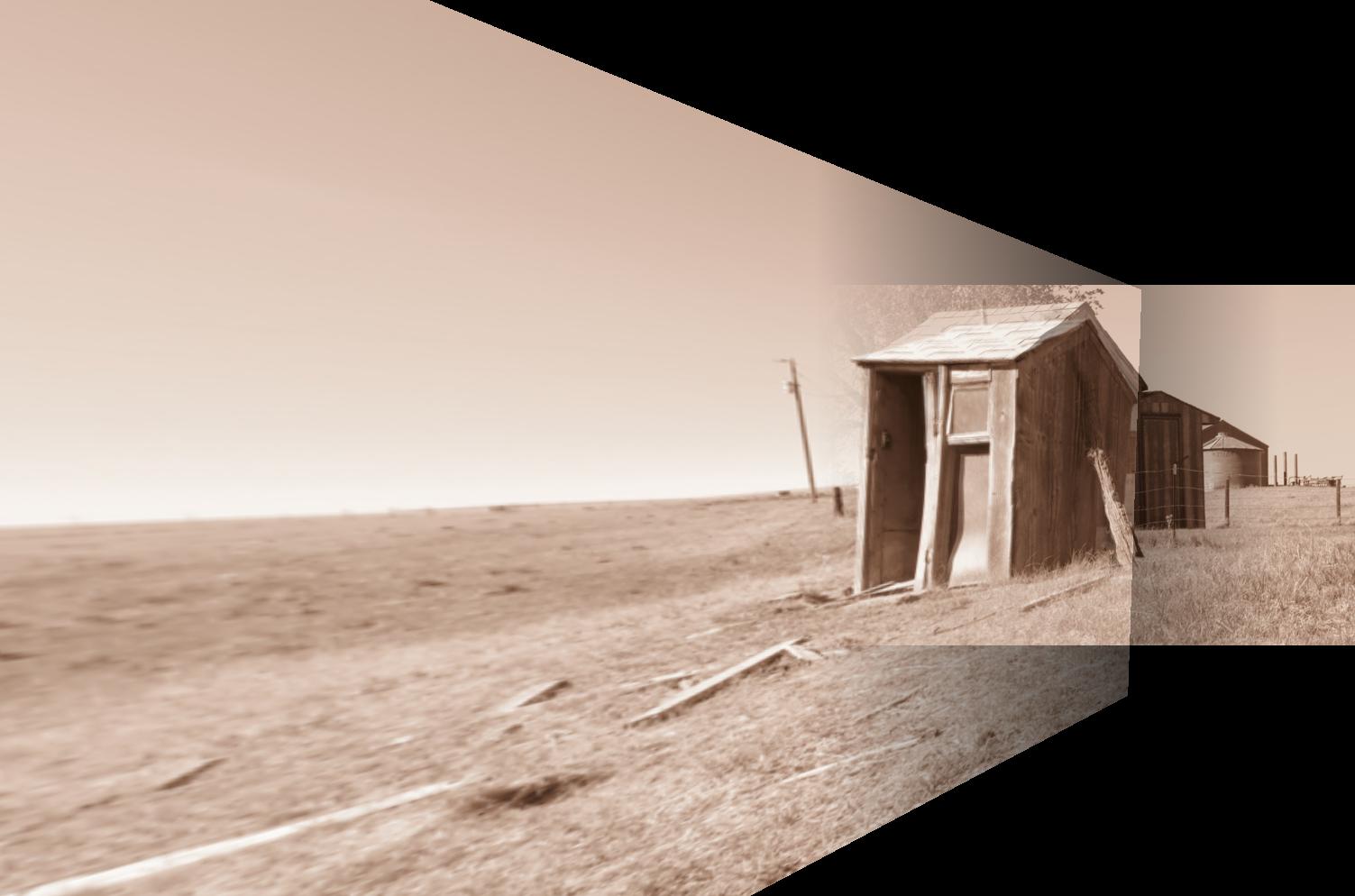